Dedalo’s theme is the Labyrinth. Inspired by greek mythology, it tells the story of Ariadne, Theseus, Minotaur, Minos and, of course, Dedalo.

There are three decks of the serie: Alpha is the “past” of Dedalo world. “Omega” is the future. “Apeiron”, the limited one, is the story of Infinity. 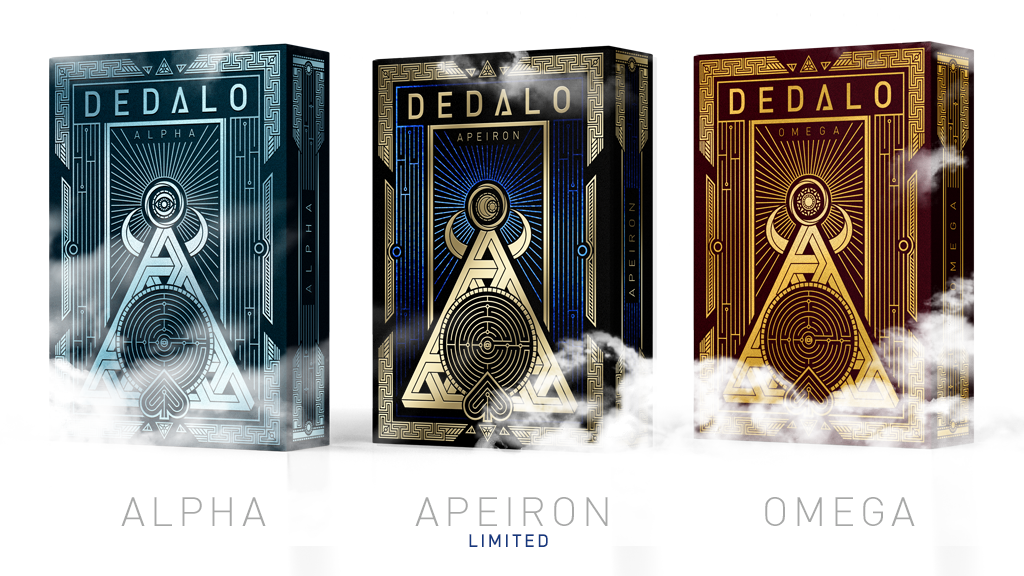 All the decks are different, despite all the courts but the spades are the same character – but in different versions. For example, Icarus, the Jack of Clubs, is alive in Dedalo Alpha and about to die burned from the Sun in Dedalo Omega. 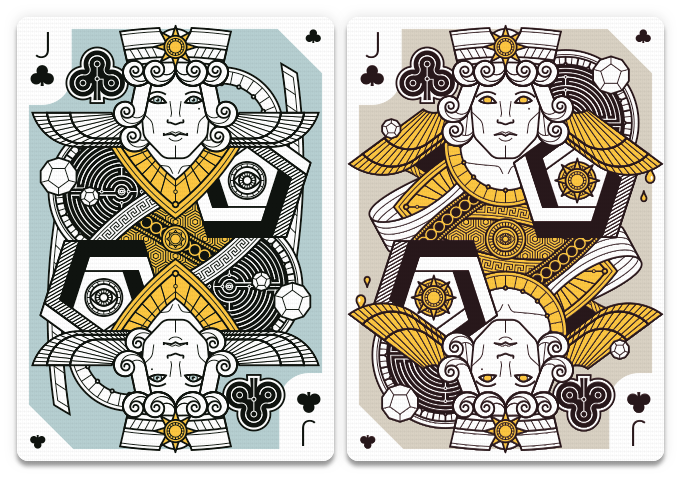 Theseus, the Jack of Hearts, is worried before his fight with Minotaur in Dedalo Alpha and victorious and arrogant in Dedalo Omega. 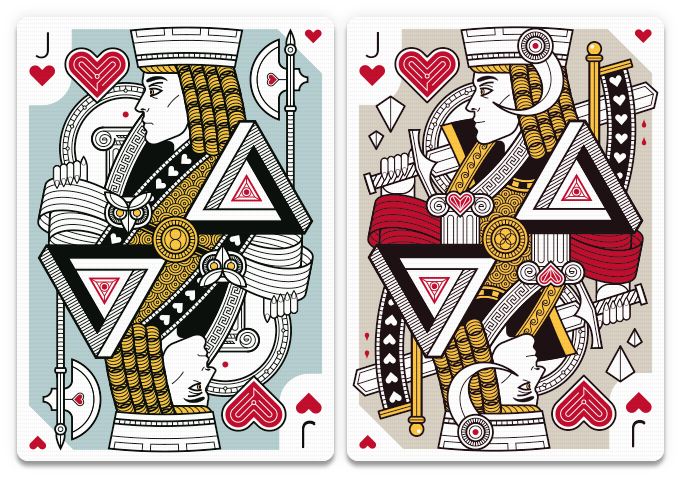 Want to know more about the story? Check the Kickstarter page

This website uses cookies to improve your experience while you navigate through the website. Out of these, the cookies that are categorized as necessary are stored on your browser as they are essential for the working of basic functionalities of the website. We also use third-party cookies that help us analyze and understand how you use this website. These cookies will be stored in your browser only with your consent. You also have the option to opt-out of these cookies. But opting out of some of these cookies may affect your browsing experience.
Necessary Always Enabled

Any cookies that may not be particularly necessary for the website to function and is used specifically to collect user personal data via analytics, ads, other embedded contents are termed as non-necessary cookies. It is mandatory to procure user consent prior to running these cookies on your website.